Jack of all Trades 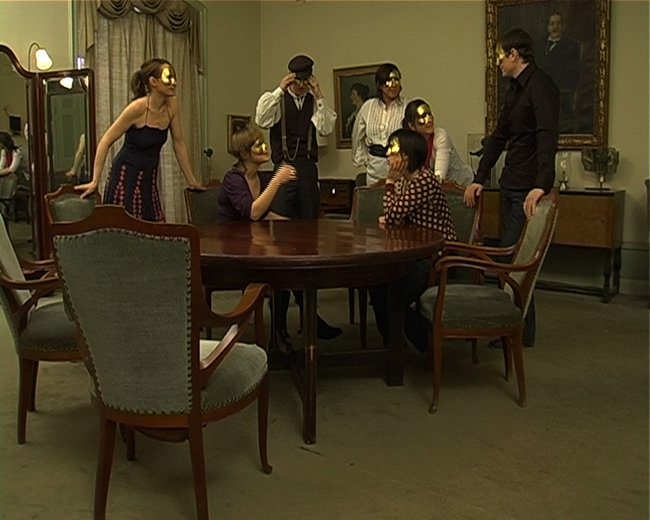 "Jack of all trades, master of none, though often better than master of one."

The contemporary curator can truly be called a ‘jack of all trades’. Some would argue that the cliché of this multi-tasker means that the curator dabbles in many areas but is not necessarily a specialist, or a master of any of them. Others may see the curator as a kind of polymath, a master of integration and fusion of different disciplines into a functioning and innovative whole that is more than the sum of its parts. Once treated as a sub-occupation for scholars in other disciplines, exhibition curating is breaking away to become an established field of its own. With the rise of independent, freelance curators the role has changed from caretaker and administrator to creator or auteur. This new-found independence has fuelled an explosion of experimental approaches, styles, and ways of thinking about exhibitions during the last half century. But it has also brought with it some growing pains – attempts at self-definition and identity creation, often through the formation of norms, standards, and conventions. Once no more than a tool or instrument of academia, curating has become its own, independent discipline complete with the usual degree programs and densely worded theoretical literature. This process of institutionalisation begs many questions, not the least about compatibility: if the institutionalisation and professionalisation of curating is an act of ‘main-streaming’, does it bleed something important away from the practice or, conversely, does it raise it to a new level of possibilities?

The CC7 is a group of seven young curators from different areas of the exhibition field who come together to share ideas and perspectives about curatorial practice. This biennial is produced in the context of the Stockholm University’s International Curating Management Education Program and in collaboration with the artist Tova Mozard. It is an exhibition about exhibition-making that uses the biennial format in a deliberately naive way. A far cry from the stereotypical image of the Biennial, the mega exhibition boasting a host of international artists under the directorship of a single über-curator, it is more like an inversion of it, a terminological hi-jacking filling the platform with different content. The show is thus a reflexive loop. Curatorial work formulates professional perspectives, which are distilled into discussion. The discussion is then aesthetically mediated by the artist and handed back to the curators to be presented in an exhibition. This self-interrogation is conceived as a recurring event to stimulate dialogue and exchange ideas about contemporary curating. The exhibition does not attempt to offer definitive answers. It is not a report on the CC7’s discussions, but rather a continuation of them, a discursive tool in itself.

The exhibition deals conceptually with many issues of curating, but begins practically by toying with the cornerstone in contemporary exhibition aesthetics, the ‘white cube’. This convention is re-thought via the physical design of the given exhibition space. The space has been clad in screen cloth, altering its surfaces, softening its dimensions and hopefully thereby extending its boundaries. In a gentle subversion of the normalised tabula rasa of the white cube’s industrial walls, the whole room becomes a screen and the space becomes more intimate and evocative.

The theatrical draping of the exhibition space also resonates with the work on exhibition. Jack of all Trades by Tova Mozard is composed from individual interviews with the seven curators about their own projects, aspirations, and thoughts on the field as a whole. It was commissioned to use the reflections of the curators as its raw material to be re-worked, re-staged and edited by the artist. Mozard often works with an interview format as a narrative frame for her videos. Using a gesture that confuses the usual power positions of artist and curator, Tova Mozard has been given free hands to produce the video piece. The power over the image through selection and framing by the curator is in this case interwoven with the power that the artist has in selection and framing of the curator’s image. An interesting and unique relationship of trust, vulnerability and collaboration is established through this experimental format. The material was filmed in several sessions. Individual interviews formed the basis for a polyphonic script incorporating the individual utterances into one voice. This was followed by a re-staging, aptly held in the waiting room at the Royal Dramatic Theatre, where the curator’s role was re-enacted. The behind-the-scenes claustrophobia of the play within the play further filters and mediates the statements and ‘message’ of the masked curators.